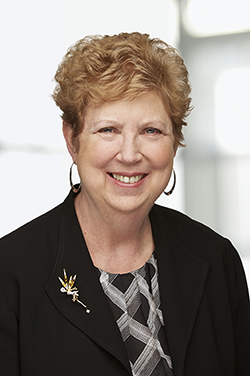 "Hers will be big shoes to fill," says Carl Vandergoot, LSTAR President. "LSTAR is Canada's tenth largest REALTOR® Association with a solid reputation for being effective, well-managed and progressive. A lion's share of the credit for that goes to Betty."

An executive search for her replacement is underway.