Past Presidents celebrate over 60 years of history

Richardson went on to serve two more terms, in 1949 and later 1959. Asked how real estate has changed in the last six decades, Richardson said, “When I first started out in the business, fifty percent of my sales were done on a handshake alone.” 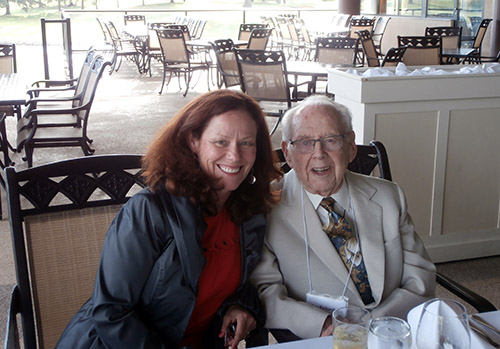 LSTAR Past President Ron Richardson and his daughter Maureen Wood

"The collective wisdom and the depth of history this group represents is staggering," says Stacey Evoy, LSTAR's 2016 President. "When we come together like this, all these generations, I can't help but be reminded what deep roots our Association has in our community. It's truly inspiring."

LSTAR Home Sales on Track for a Record Year

In September 2021, the London and St. Thomas Association of REALTORS® (LSTAR) experienced another solid month, with 864 residential transactions recorded via its MLS® system.

The London and St Thomas Association of REALTORS® has announced that a total of $6,000 has been awarded to four outstanding students, as they embark on the next step in their educational journeys.