Listings were down 2.7%, while inventory – active listings end of period – were also down, 3.9%. "These percentages aren't dramatic," says Vandergoot, "but they do point to a tightening supply, making now a smart time to list."

The following chart, based on data taken from CREA's National MLS® Report for June 2015 (the latest information available), demonstrates how homes in LSTAR's jurisdiction continue to maintain their affordability compared to other major Ontario and Canadian centers. 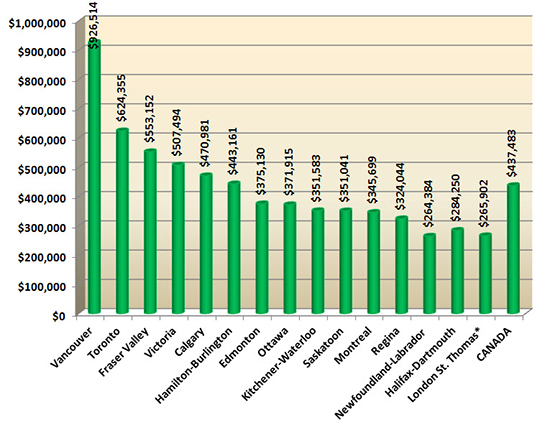 According to recent research conducted by the Altus Group, one job is created for every three real estate transactions and approximately $52,000 in ancillary spending is generated every time a house changes hands in Ontario. "It's clear that real estate drives much of our local economy," says Vandergoot, "which makes July 2015 a good news story."