The month of December 2013 also finished strong – up 8.7% from the previous December. “It should be bourn in mind, however, that sales were down last December," advises Pedlar.

The following chart, based on data taken from CREA's National MLS® Report for November 2013 (the latest information available), demonstrates how homes in LSTAR's jurisdiction continue to maintain their affordability compared to other major Ontario and Canadian centers. 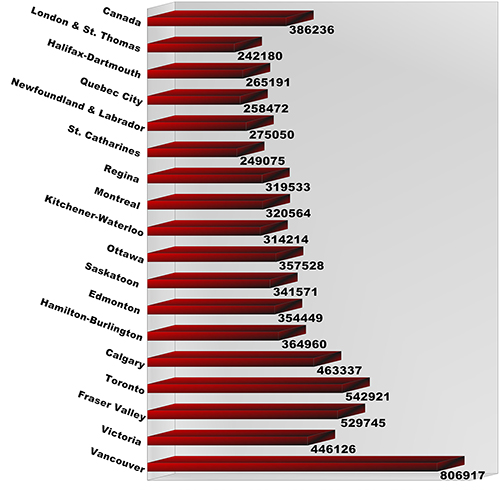 The best-selling house style in LSTAR's jurisdiction for the Year of 2013 was the two-storey, followed by the bungalow, then the ranch, and then the townhouse condominium.

London Area REALTORS® Start the New Year with a Bang

LSTAR REALTORS® started the year with a bang, as the house sales in the London – St Thomas area saw their second best January since 1978, when LSTAR started tracking its markets’ performance.

The London and St Thomas Association of REALTORS® (LSTAR) Board of Directors is pleased to announce London-based REALTOR® Blair Campbell will serve as its President in 2020.