642 detached homes exchanged hands last month, up 15.9%; condos were up 4.9%, with 149 sales. By contrast, listings for August were down – 3.8% for detached homes and 10.4% for condos. "The improving job picture in our region supports a higher level of activity," says Holody. "That, in turn, impacts inventory. However, there are still a lot of great homes out there and more being listed every day." Despite the slight decline in the number of listings, the market remains balanced, benefiting buyers and sellers alike.

The following table, based on data taken from CREA's National MLS® Report for July 2014 (the latest information available), demonstrates how homes in LSTAR's jurisdiction continue to maintain their affordability compared to other major Ontario and Canadian centers. 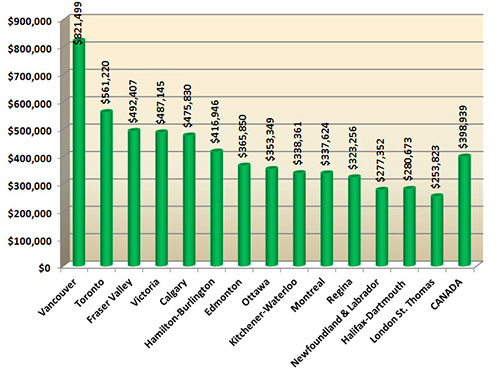 The best-selling house style in LSTAR's jurisdiction for August 2014 was the two-storey, then the bungalow, followed by ranches, then townhouse condominiums, then high rise apartment condos.

See the original news release of LSTAR for August 2014.